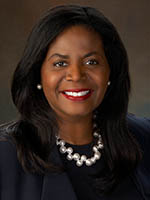 Valerie is an experienced healthcare executive with over 20 years of experience in a wide variety of healthcare management settings. She joined Northside Hospital as the Chief Executive Officer after being the CEO at Englewood Community Hospital for three years. Prior to her CEO role at Englewood, she was the Chief Operating Officer at Blake Medical Center in Bradenton, FL, Chief Operating Officer at Doctors Hospital of Sarasota in Sarasota, FL, and Assistant Administrator at Community Hospital in New Port Richey, FL. Her previous executive leadership experience includes Program Administrator at the H. Lee Moffitt Cancer Center & Research Institute in Tampa, FL and director of various departments at the St. Joseph Health System in Tampa, FL and Yale New Haven Hospital in Connecticut.

Valerie has had many professional and civic affiliations, including Leadership Academy Fellow, The Advisory Board Company; Board member, University of Michigan Health Management Alumni Program; Board Member, Sarasota/Manatee American Heart Association; President-Elect, Englewood Chamber of Commerce; and Board Member, Metropolitan YMCA Board. Additionally, she was honored by the Sarasota YMCA as a recipient of the 2014 Star Adult Achiever Award and Second Chance Last Opportunity as a recipient of the 2017 Community Champion Award.

She is a graduate of Indiana University with a Bachelor's of Science degree in Health Administration and a graduate of University of Michigan with a Master's of Health Services Administration degree. Board certified in healthcare management as an American College of Healthcare Executives (ACHE) Fellow, she has served on the Board of Governors. She previously served as Chairperson, Board of Governors Examination Committee, served on the CEO Search Committee, and served as Western Florida Chapter President. She is also a recipient of the ACHE Exemplary Service Award. 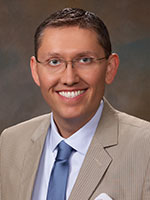 Board certified in healthcare management as an ACHE Fellow, Peter has been an active member of the American College of Healthcare Executives (ACHE), an international professional society of more than 48,000 healthcare executives who lead hospitals, healthcare systems and other healthcare organizations, since 2006.

Peter serves on the boards of the Pinellas Park Gateway Chamber of Commerce as President/Board of Trustees and an Executive Board member of the Vincent House, partner of Clubhouse International. 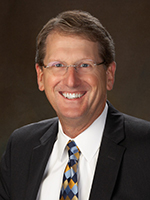 Dr. Zweng is a board-certified general surgeon, born and raised in the San Francisco Bay Area. He received his Bachelor of Arts in Biology and History with honors from UC Davis and his medical degree from the University of California, Los Angeles. He completed his residency in General Surgery at the University of Michigan.

He was an assistant professor of surgery at the University of Kentucky Medical School and developed the laparoscopic general surgery program for the university. He then moved to Charlotte, North Carolina, and joined a private practice surgical group, eventually becoming the Chief of General Surgery for a tertiary care hospital. After ten years of practice, he was approached by hospital administration and accepted the VP of Medical Affairs position for Novant Health's Charlotte market and it's 5 hospitals. After 8 years, he was promoted to EVP and Chief Medical Officer for all of Novant Health- an integrated healthcare system, with 13 hospitals, overseeing quality, safety, research, pharmacy, clinical informatics and supporting 3500 providers, while reporting to the CEO of the system. 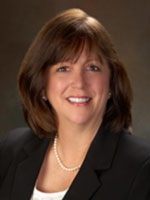 Helena has been a registered nurse (RN) for over 28 years, spending the majority of her career in acute care settings ranging in scope and size from community hospitals in urban and suburban settings, to a large level I trauma/academic medical center. Helena's direct-care nursing experience includes medical/surgical/stepdown, low and high-risk labor and delivery, post-partum, nursery, ambulatory practice and as a volunteer RN in a free-clinic.

Helena is an accomplished clinical and operational executive nursing leader with 12 years of progressive leadership experience. She comes to us from the Bon Secours Health System in VA as the CNO of Maryview Medical Center and brings with her a strong track record in nursing leadership, specifically in staff engagement and nursing operations.

Prior to joining Northside Hospital, Kristy was the West Florida Division Controller. As the WFD Controller, Kristy developed and implemented several budget and capital planning initiatives across the division. Prior to her division controller role, she served as the Assistant CFO for Bayfront Health in St. Petersburg and Controller for HCA Ocala Health and Advanced Imaging Centers in Ocala, FL. She brings with her a strong track record in financial leadership.

Kristy received her Bachelor of Science in Business Management with a specialization in Accounting at St. Leo University. She went on to earn her Masters of Accountancy at the University of North Florida.